How Did Modern Woodscapes Begin?

The origins of Modern Woodscapes began in 2016 when founder, Jared Covey, started working for a local home remodeling business as he was going back to college studying Mechanical Engineering. He worked full time in the home remodeling business and attended classes full time as well. Jared has always had a curious mind and loves to learn how things work. He is constantly learning the role that each piece plays in a functional system.

After working in a business owned by someone else for a year, Jared started his own business that focused on carpentry and doing handyman work for family, friends, and any referrals that came through. It instantly took off and Jared began a career of working for himself beginning the life of an entrepreneur. Some of his goals and standards include professional look and delivery for himself and the business while looking clean, being on-time, making customer service his top priority, and building everything with quality craftsmanship from Tulsa Pergolas, outdoor kitchens, privacy walls, decks, and much more. Jared soon found that he was exceptional in carpentry and had a desire to take it to the next level. This morphed into what is known today as Modern Woodscapes. Even now, Modern Woodscapes still operates with those same principals to make customer satisfaction our top goal! Whether you are looking for Tulsa Pergolas, an outdoor fireplace, or a privacy wall, you can count on the same quality instilled in the fundamentals of Modern Woodscapes.

About the Founder – Jared Covey

Our founder, Jared Covey, has been a life-long Oklahoman. He grew up in Moore, just south of Oklahoma City and attended Moore High School. Jared loved playing sports and his father was his little league baseball coach. In high school, a friend introduced him to tennis and he played for the varsity team at Moore High School.

From an early age, Jared has been fascinated with learning how things work; constantly taking toys and gadgets apart to see how they functioned. He took all of the science and engineering courses that were offered to fuel this passion of his. Jared loved building and making things with his hands, he learned quite a lot from his father as he watched him tinker with things.

At the age of 22, Jared landed his first corporate job and started working for Dell in their business-to-business sales department. It was a great experience for him and it taught him so much about the business world and how it functioned. Two years later, Jared was honored to be among the top 3% of sales people in the entire company, which landed him a trip to the Grand Cayman Islands!

Although Jared was experiencing success as a salesman, he was itching for something more. In 2016, he began working for a local home remodeling business and he instantly enjoyed it. This allowed him to once again start building things with his own hands, to express his creativity, and to use his problem-solving skills in a tangible way. This is where Jared learned the majority of his carpentry skills, as they remodeled kitchens, bathrooms, and built home additions.

Towards the end of 2017, they had just wrapped up a large 3-month renovation project, but unfortunately there was about a month gap until their next project. During this time, Jared posted on social media that he could do some handyman jobs for people because he had some downtime. His handyman side business took off during that month and he made the brave decision to stick with it and become his own boss.

During this time as he was working for himself, Jared was pondering the future. He wanted to create a business model that fit his abilities, yet be sustainable for the future. This led him to the idea of just focusing on his skills by exclusively building custom Tulsa pergolas, decks, and any outdoor living space project. Then, Modern Woodscapes was born!

This experience has been equivalent to jumping into the deep end of the pool. Jared has had to learn so much about running and growing a business, but it has been very rewarding at the same time. Jared is excited for what the future holds and the amazing projects, such as Tulsa Pergolas and more to deliver to clients like you. 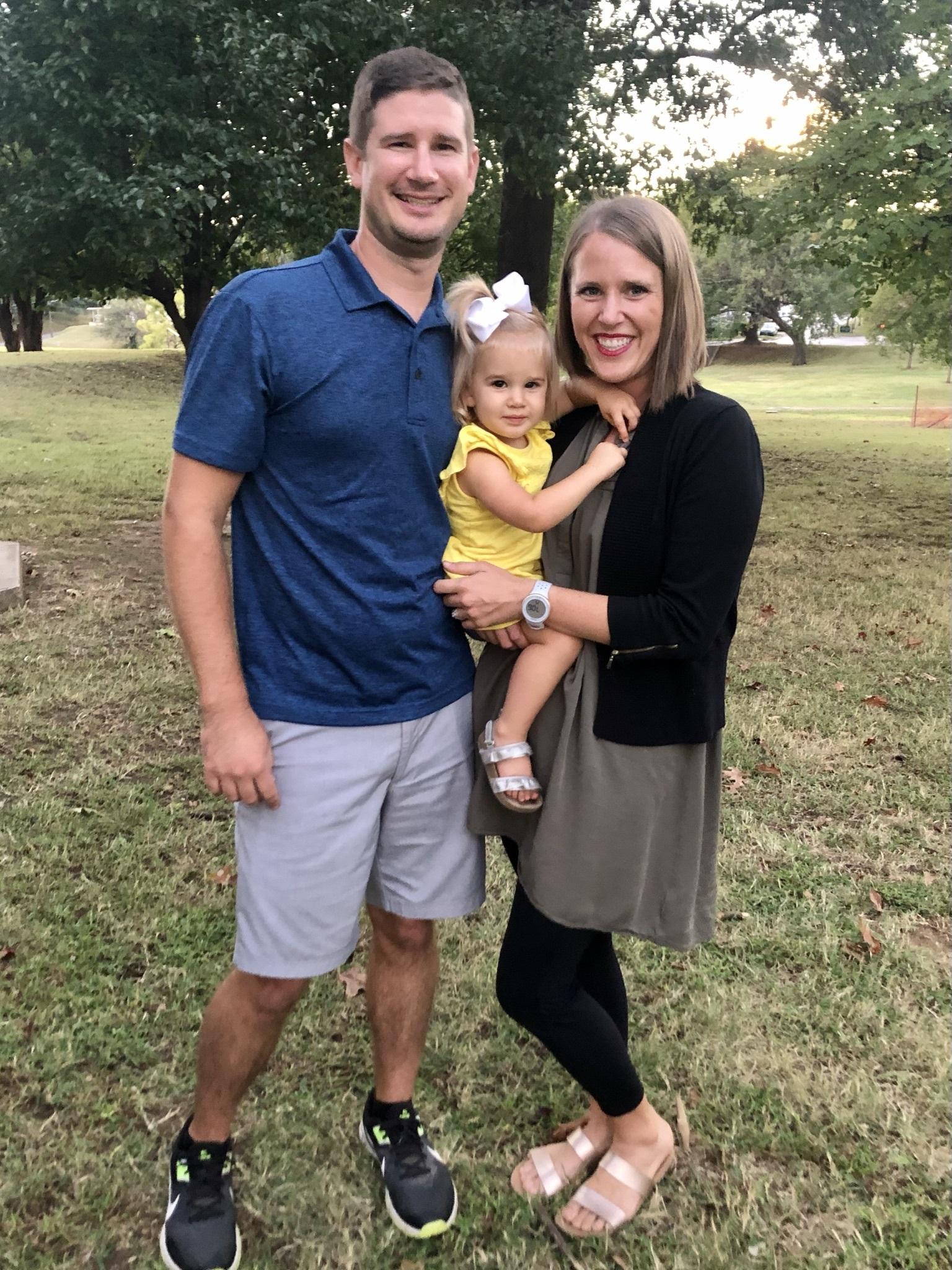 The Family Behind Modern Woodscapes

Jared and his wife, Lauren, got married in 2015. Lauren was an elementary school teacher in Moore, she taught English and reading for the 6th grade at Santa Fe Elementary. She previously taught 7th grade English at Kerr Middle School in Del City. Lauren is gifted at classroom management and loves teaching students how to grow personally. She is a phenomenal public speaker and has spoken at the Oklahoma Middle Level Education Associations annual conference. Lauren now is a stay at home mom with their daughter Emelyn, who was born in March of 2020.

Why Should I Use Modern Woodscapes?

At Modern Woodscapes we make it as easy as possible for our customers to work with us. From the very beginning when you call us to setting up your free consultation, to the end of your project once your backyard living space is complete, we provide clear communication and timely updates at every step. Construction companies have a bad stereotype of being hard to deal with, or being unresponsive, unethical, never on time, or unprofessional. Here at Modern Woodscapes, we want to break free from that mold and provide you with the best customer service and experience that’s possible.

Modern Woodscapes wasn’t born with the idea or plan to make the owner rich. It was born organically and evolved over time with the desire of crafting and building high quality Tulsa pergolas, outdoor kitchens, privacy walls, and decks. Our goal is to build and design the absolute best pergola or outdoor kitchen that we can so our customers can experience and enjoy their backyard for decades to come. We want to be known by the quality of our work and we strive to make our projects to the highest standards possible.

We focus on the customer experience and on making it as easy as possible for the customer to use us. From the first phone call we discuss our process with the customer and let them know what to expect along the way, that way you don’t have any surprises as we go. You can truly count on your next project, whether that be Tulsa Pergolas, a privacy wall for your patio, an outdoor kitchen, or anything in between to be built with quality, professionalism and punctuality as a top priority.